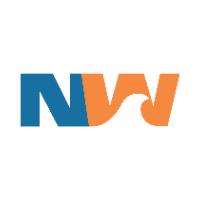 What is LightWave Server

LightWave Server™ is client-server middleware that provides the bridge between client components which may be running on any platform, and server components running on HP NonStop Servers. Using a simple RESTful application programming interfaces, or APIs, clients can perform any of the following operations on a NonStop Server:

Client applications communicate with the LightWave Server process, which runs on HP NonStop Server under Guardian, using a TCP/IP socket connection and the HTTP protocol. Although this may sound complicated, it's the same mechanism used by web browsers to connect to web servers, and the same mechanism used by thousands of web and mobile based applications to connect to their associated back-end servers. This mechanism is simple, well understood by developers, and is used billions of times per day to connect web and mobile clients to services like Google, Facebook, and Twitter. The goal of LightWave Server is to make it as simple to connect a client to a NonStop Server application as it is to connect a client to any of these other well known services.